Social Democratic and Labour Party Leader Colum Eastwood MP has described a landmark new report by the Intergovernmental Panel on Climate Change as a warning siren that cannot be ignored any longer. 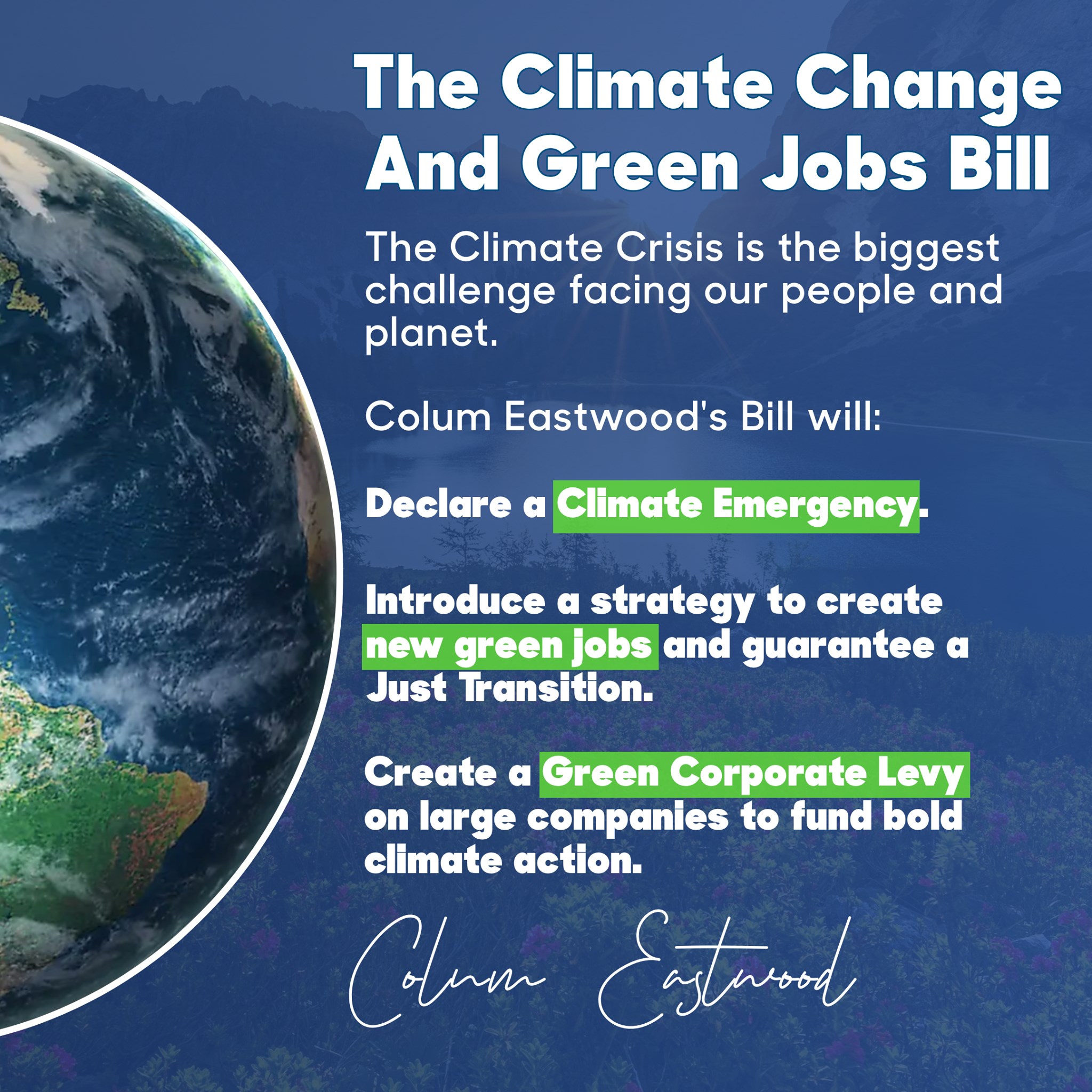 The Foyle MP, who has tabled radical legislation at Westminster that would bring forward the date by which the British Government is required to achieve net-zero emissions, called on political leaders to approach the climate emergency with the same urgency and resolve that the Covid-19 pandemic has generated.

“The IPCC report confirms our worst fears about the pace of the climate crisis. Without radical intervention to reduce emissions, we will reach catastrophic tipping points within the next thirty years. Climate volatility will become the new normal, sea levels will rise threatening coastal communities and displacing huge numbers in the global south. This is a warning siren for those who still need it – our world is in crisis and the debate about the cause is over. We need to approach this emergency with the same urgency and resolve that the Covid-19 pandemic has generated.

“This is the defining global challenge of this, and the next, generation. The report authors are clear that we need to reduce emissions by an order of 50% and reach net zero urgently to have any chance of halting global temperature increases. And even then, our ocean levels will still rise and we will continue to feel the effects of warming to this point.

“There is no community that will be isolated from this crisis. In Northern Ireland alone over the last year we have seen more forest fires and flooding threatening lives and livelihoods. We all have a duty to act, but the real difference will be made by governments and large corporations.

“I have introduced a Climate Change and Green Jobs Bill at Westminster that will bring forward the date by which the British Government must legally reach net-zero emissions. The radical legislation will also require the Secretary of State to report on proposals for a Green Corporate Levy on large companies to generate new revenue to be spent on tackling the climate crisis. Those with the broadest shoulders, the deepest pockets and the most responsibility for the crisis must be compelled to help us avert irreversible climate breakdown.

“The scientific evidence is incontrovertible. The responsibility now rests with political leaders to take the brave and radical action needed to protect our planet.”