Social Democratic and Labour Party Leader Colum Eastwood MP has said that EU and British Government negotiators must work to get a deal on the operation of the Northern Ireland Protocol across the line soon. 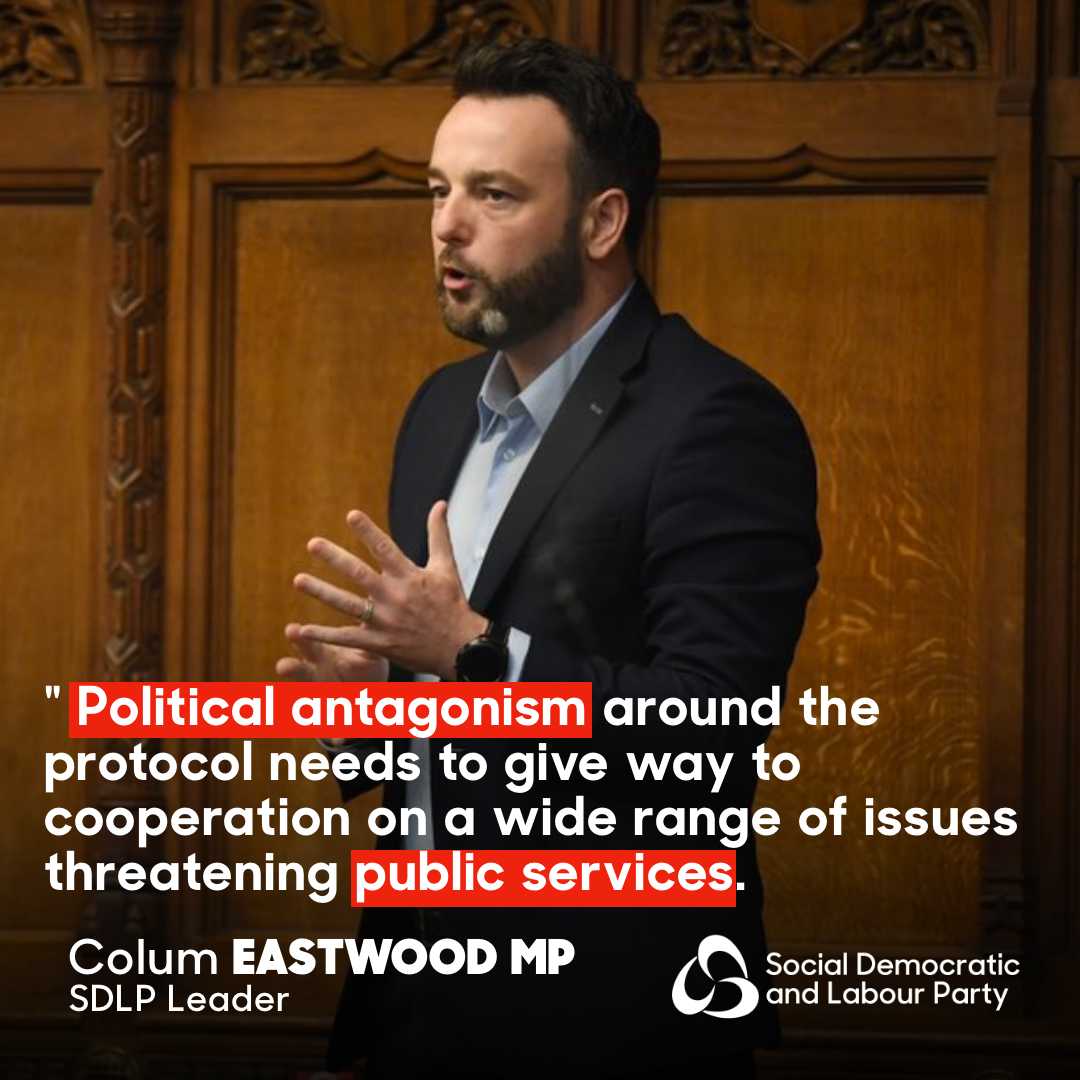 The Foyle MP said that businesses have been forced to endure a sustained period of uncertainty that has been compounded by the effect of the Covid-19 pandemic and it must come to a conclusion.

Colum Eastwood MP said that disagreements about the operation of the protocol have occupied too much political bandwidth while the North’s health service collapses, school budgets are in severe deficit and public services remain under immense pressure.

“When EU and British Government negotiators meet later today they must focus their minds on getting a deal on the operation of the protocol across the line. The European Union has put together a package of measures that go far beyond what many thought was possible, it is time that we now see generosity and flexibility from negotiators to resolve this issue.

“Businesses across the North have endured too much uncertainty for far too long. At a time when many are already experiencing extreme volatility as a result of the Covid-19 pandemic, there is an obligation on political leaders to provide clarity and get on with promoting the benefits of our unique access to two markets.

“This issue is clearly important but it has occupied too much political bandwidth at a time when other priorities have been neglected. Our hospitals are at breaking point, emergency care is already starting to collapse under the strain of the pandemic. Capital budgets for schools are in severe deficit which will lead to worse outcomes for children and young people. Political antagonism around the protocol needs to give way to cooperation on a wide range of issues threatening public services.

“It is time to resolve the protocol, remove this poisoned political atmosphere and start delivering for the people we represent.”