Social Democratic and Labour Party Leader Colum Eastwood MP has said that an intervention by members of the UN Human Rights Council’s ‘special procedures’ which raises concerns about the British Government’s legacy proposals is significant and points to growing international unrest about the plans. 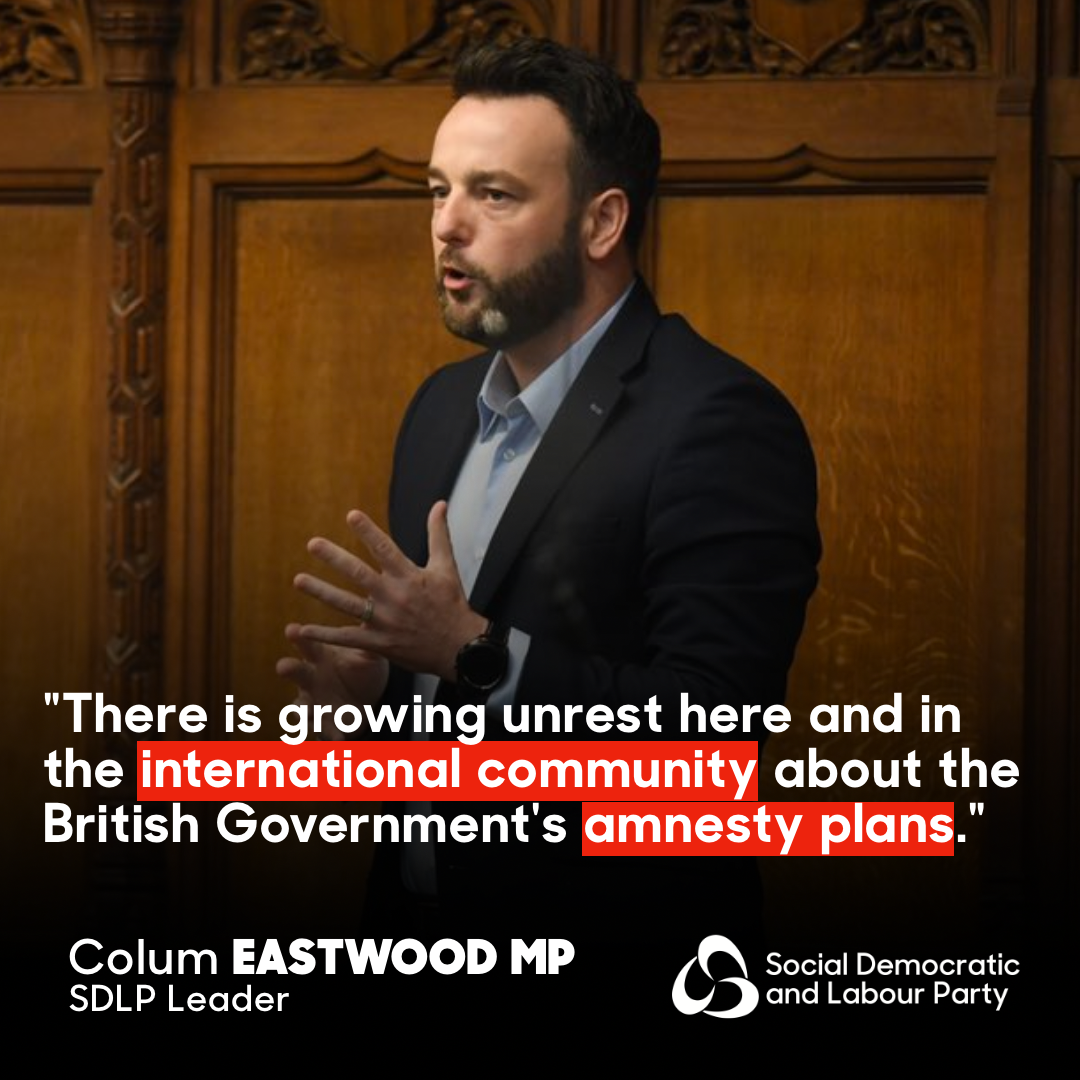 The Foyle MP said that the comments made by the Special Rapporteurs hold considerable weight and should be urgently addressed by the Secretary of State.

“The concerns raised by independent experts serving the UN Human Rights Council are serious and demonstrate the growing unrest in the international community about the British Government’s legacy proposals.

“The Special Rapporteurs have correctly identified that these plans, if implemented, would foreclose the pursuit of justice and accountability for serious human rights violations committed by loyalist and republican paramilitaries as well as the British state. Those who inflicted the most harm have the most to gain from the effective amnesty that Boris Johnson’s government is promising.

“This is another example of this British administration ignoring its responsibilities under international law. At the same time, Operation Kenova led by Jon Boutcher is demonstrating exactly what can be achieved in terms of information recovery and truth while retaining the option for prosecution. The arguments relied upon by the British Government simply do not stand up to scrutiny.