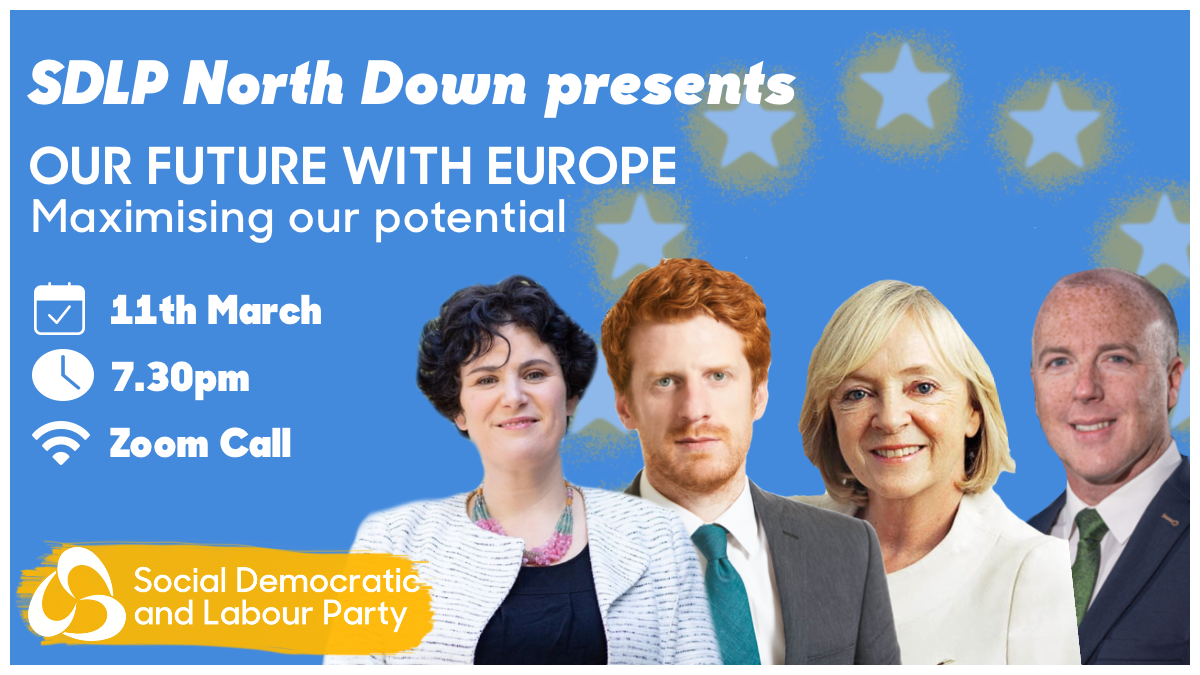 Brexit has fundamentally changed relationships across these islands. Less than three months into the new arrangements, tensions between the UK Government, the European Union and between parties in Northern Ireland have increased.

In the middle of significant political and economic upheaval, we have invited a panel of high profile political and community leaders to talk through our new future with Europe. We want to explore how we can maximise the potential of our new relationship and the Northern Ireland protocol to deliver new jobs, investment opportunities and prosperity for people in all of our communities.

We'll be joined by:

Mick Fealty - Our host for the evening, political commentator and founder of Slugger O'Toole.

RSVP today for the link to join us on Thursday 11th March at 7.30pm.