SDLP Leader and MP for Foyle Colum Eastwood has today introduced his private members bill at Westminster which would declare a climate emergency, create new green jobs and increase taxation of large companies to generate revenue to be spent on tackling climate change. 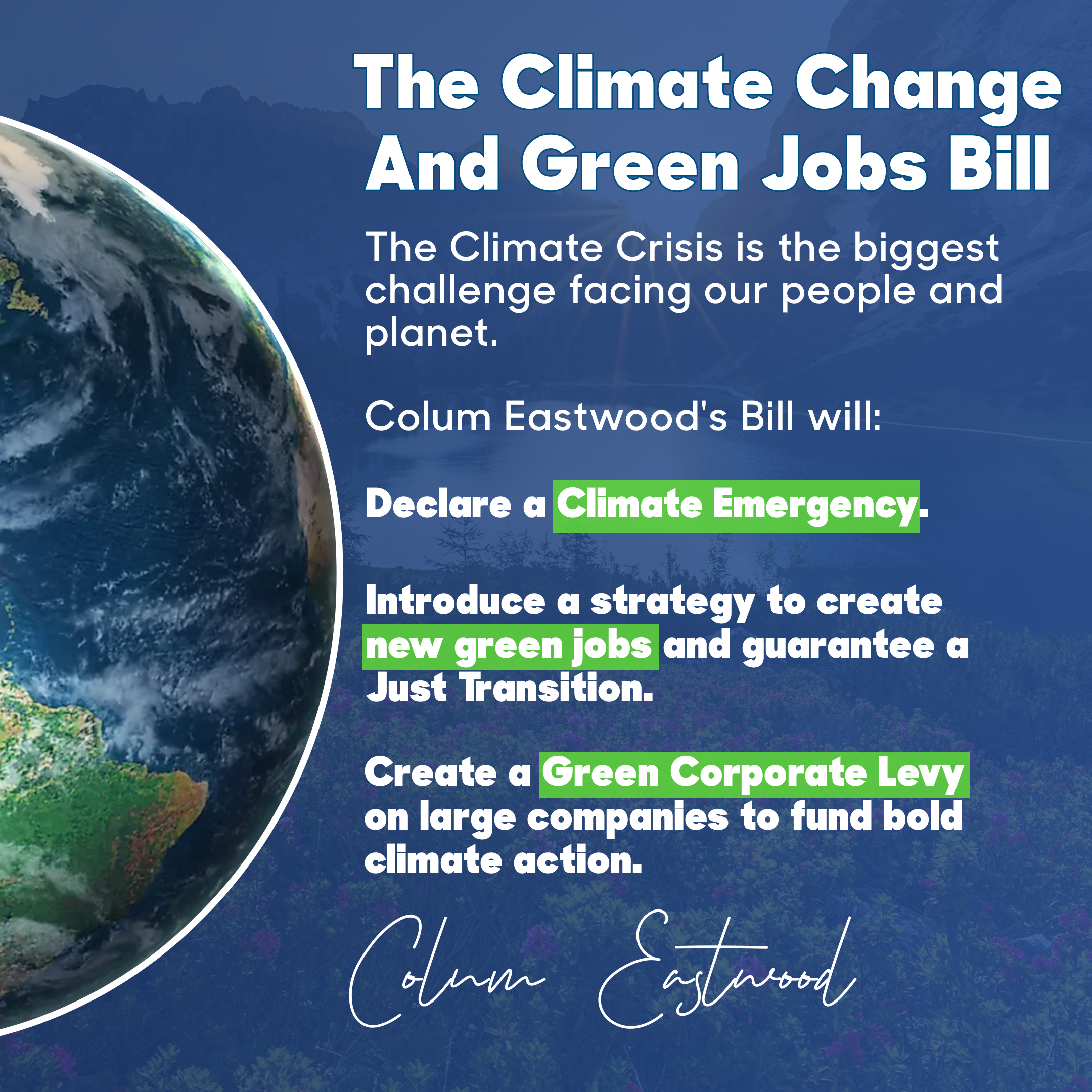 “The climate emergency is the greatest threat our world faces. My bill has four parts – each of which is designed to expedite our journey to net zero.

"First, it would place a duty on the government to declare a climate emergency – while Westminster did so more than two years ago, the British government is yet to formally acknowledge the scale of the climate and biodiversity crisis we’re facing.

"I am also planning to amend the Climate Change Act 2008 to bring forward the date by which the British Government is required to achieve net zero greenhouse gas emissions. Our climate is changing at a far faster rate than anticipated, without immediate and urgent intervention lives and livelihoods will be placed at risk.

"This radical legislation would place a duty on the government to create and implement a strategy to achieve objectives related to climate change, including a programme to scale up our ambition on the green economy and a just transition to new green jobs. Fundamental transformation of our economy is at the heart of our agenda.

"And finally, it would require the Secretary of State to report to parliament on proposals for a Green Corporate Levy on large companies, so the cost of our transition is placed on those with the broadest shoulders and deepest pockets not on those already struggling. This revenue would be used to help deliver a bolder climate ambition.

"Further hesitation is not an option if we want to leave a legacy to future generations. I am very excited to have the opportunity to showcase the urgency needed to tackle this crisis."