East Derry MLA and the Party’s Health Spokesperson Cara Hunter has today called on the Assembly and Department of Health to urgently act to increase the support provided to carers. 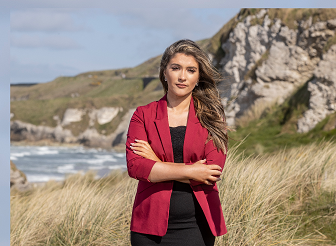 The comments followed last week’s “Carers Week” which offered a chance to acknowledge the work of carers in society with a theme of “Make Caring Visible and Valued.” Carers face significant challenges in society and often juggle their responsibilities with work and education.

A report by the National Autistic Society called “Left Stranded” also revealed that as a result of the pandemic, 1 in 5 respondents were forced to reduce work due to caring responsibilities.

Carers are from all age groups in society, including nearly seven thousand young people in NI who provide up to nineteen hours of unpaid care per week.

Despite these challenges, carers regularly go unseen and unsupported.

Speaking during a Motion in the Assembly today on Carers Support, Cara Hunter said:

“Now is the time for us and the Department of Health to take action for our carers. Especially as life expectancy continues to increase and people live for longer, the demand for carers is projected to increase substantially in the coming decades.

During the early days of the pandemic, difficult decisions were made about the closure of respite and day services in the Health Trusts but we must act now to urgently reinstate and rebuild the services.

Although I believe that the pandemic has given us all a much better understanding and appreciation for all that our carers do, there is much more work to be done and I hope that last week has gone even a little way in helping society recognise the hard work of carers every day.”