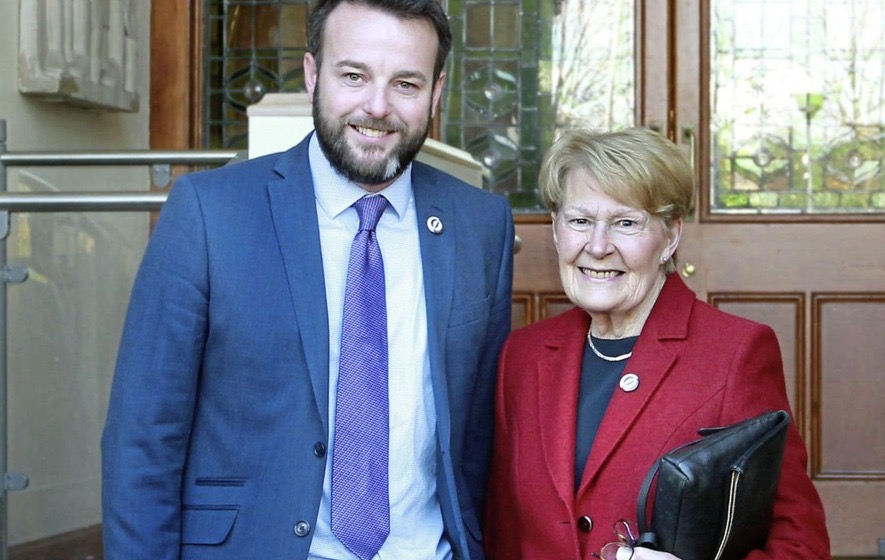 The SDLP Leader said that Pat’s compassion, fortitude and strength of character was a driving force behind the peace process and paid tribute to the leadership she has shown in Derry throughout her life.

“Without Pat Hume, there would have been no peace process in Ireland, that’s the simple truth. The compassion, integrity and immense fortitude that defined her incredible character breathed life into our peace over the course of a long campaign that, at times, must have looked like it would never bear fruit. She never gave up faith.

“Pat was, of course, John’s guiding light. She was his constant companion, sharing the road and easing the burden in the most difficult of times. When they came under public pressure and attacks on their home for doing what they knew was right, she remained his rock. The scale of his achievement was made possible by the depth of her love. But she was, in her own right, a fierce champion for peace and justice.

“Pat holds a special place in the hearts of the people of this city. She would have done anything for them and in return, they loved her. Our city is in mourning tonight for a woman who showed us unconditional compassion and support every day of her life. We all live in an Ireland that she nurtured, at peace with itself and free to set its own destiny. It is an incredible legacy that will never be forgotten.

“My thoughts are with Pat’s children Aine, Therese, Aidan, John and Mo, her beloved grandchildren and their wide circle of friends at this incredible difficult time.